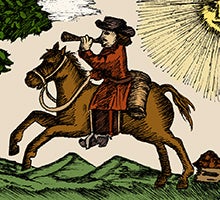 The English Short Title Catalog is the most comprehensive guide available to the output of the press in the English-speaking world before 1801.  The project is both a bibliography that aims to record every distinct item printed during the “hand-press era” in England and its territories, and a union catalog that lists both copies of those items held by libraries and, more recently, digital reproductions of those copies.  Begun in the late 1970s, the database currently contains about 500,000 records and more than 3 million holdings.  The ESTC is co-managed by the British Library (BL) and the CBSR. More background on and history of the project is available on the BL's website.

The British Library hosts the public interface to the catalog:

Institutions that want to contribute to the ESTC: